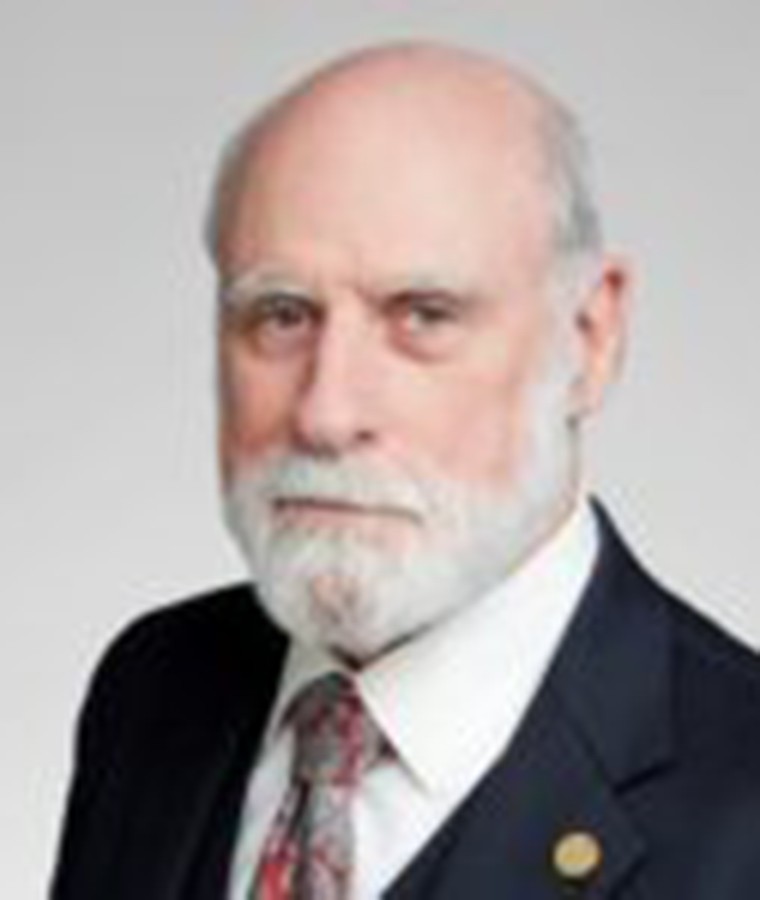 Vinton G. Cerf is vice president and Chief Internet Evangelist for Google. He is the co-designer of the TCP/IP protocols and the architecture of the Internet. He has served in executive positions at ICANN, the Internet Society, MCI, the Corporation for National Research Initiatives and the Defense Advanced Research Projects Agency. A former Stanford Professor and former member of the US National Science Board, he is also the past President of the Association for Computing Machinery and serves in advisory capacities at NIST, DOE, NSF and NASA. He earned his B.S. in mathematics at Stanford and M.S. and Ph.D. degrees in computer science at Stanford. He is a member of both the US National Academies of Science and Engineering. Cerf is a recipient of numerous awards for his work, including the US Presidential Medal of Freedom, US National Medal of Technology, the Queen Elizabeth Prize for Engineering, the Prince of Asturias Award, the Tunisian National Medal of Science, the Japan Prize, the Charles Stark Draper award, the ACM Turing Award, the Marconi Prize, the Legion d’Honneur and the Franklin Medal. He is a Foreign Member of the British Royal Society and Swedish Academy of Engineering and holds 29 honorary degrees. He is a member of the Worshipful Company of Information Technologists and the Worshipful Company of Stationers.